<- Topics : Back to Top
[Cambodia]Blood Drive: The warmth of Cambodian people

In Cambodia, there is a chronic shortage of blood products which are needed to perform vital blood transfusions.

Due to the global coronavirus pandemic, the number of blood donors in the country is sharply decreasing. The National Blood Donation Center in Cambodia has therefore been struggling due to the lack of blood collected.

Additionally, at the Japan Heart Children’s Medical Center, we have been receiving more and more pediatric cancer patients for reasons related to the Covid-19 pandemic, As a result, it has been necessary to prepare more blood transfusions than usual, in an already difficult situation. 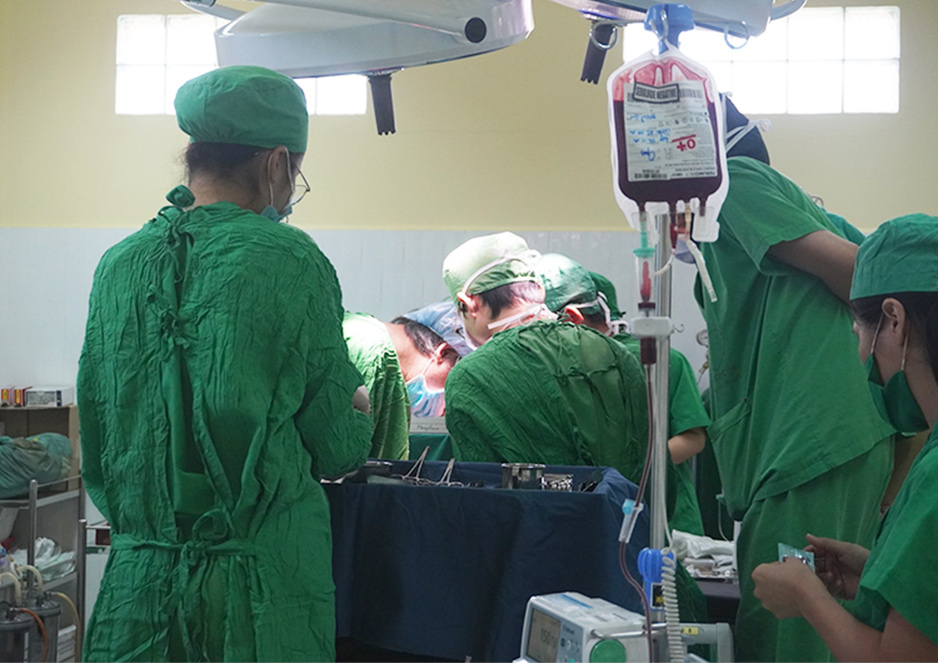 With this situation at the forefront of our minds, we held a blood donation event with the National Blood Donation Center in January at our hospital. This was the second time we have held such an event, the first being last summer.

On the day of the event, 70 people turned up to participate against our target of 50 people. As a result, 51 people were able to donate blood (Standard values such as body weight, blood pressure and hemoglobin concentration required for blood donors is stricter in Cambodia compared with Japan and unfortunately, 19 people were not able to donate.) 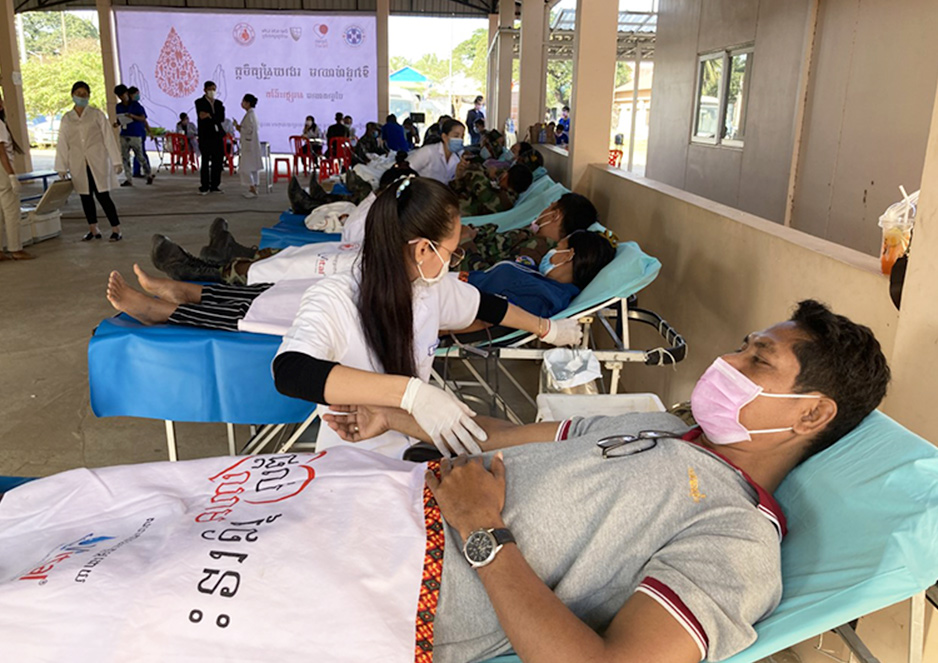 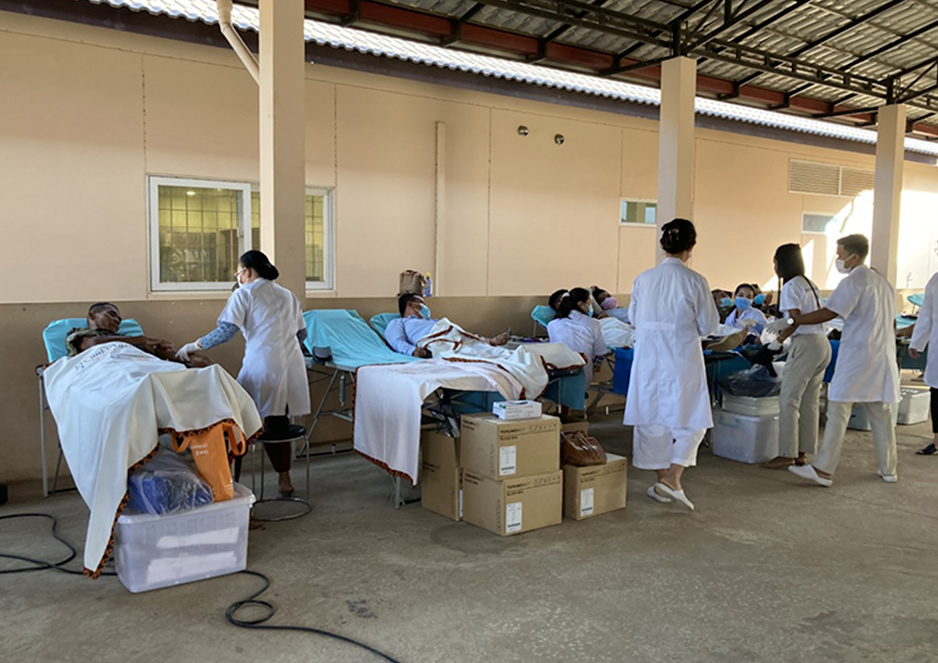 Many people who joined the event were people who had a connection with Japan Heart, such as the families of patients, former patients themselves or hospital staff and their families. Also, there were others sho cooperated such as those who learned about the event through Facebook or who happened to come to the hospital to deliver water. 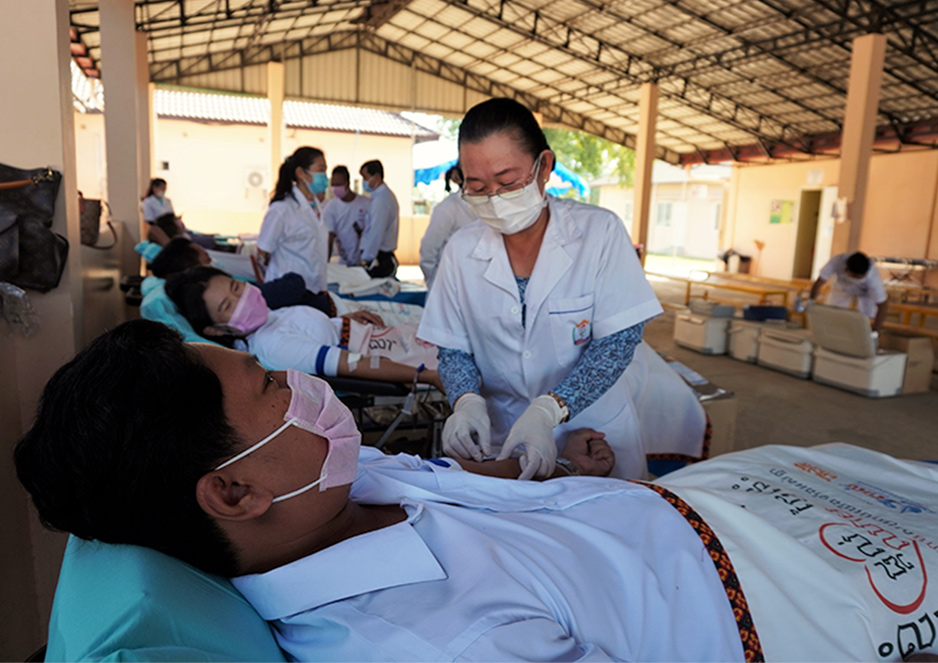 Two donors’ stories stood out particularly.
The first is a patient’s father who came from the ward to donate blood. His 4-year-old son has been hospitalized with lymphoma for the past 4 months. 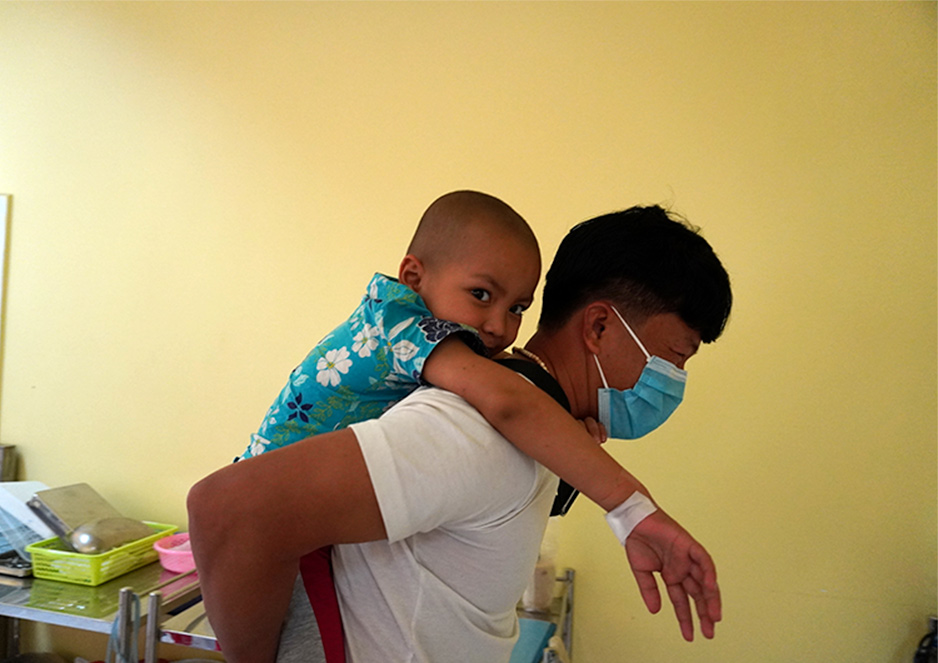 The hospital staff told him that the quota had been reached and there will be another chance to donate blood separately for other patients, so it would be fine to skip donating this time. However, this dad really wanted to donate his blood and contribute to the event. His determination did not change and after donating he returned to his son with a proud smile. Thank you for donating! 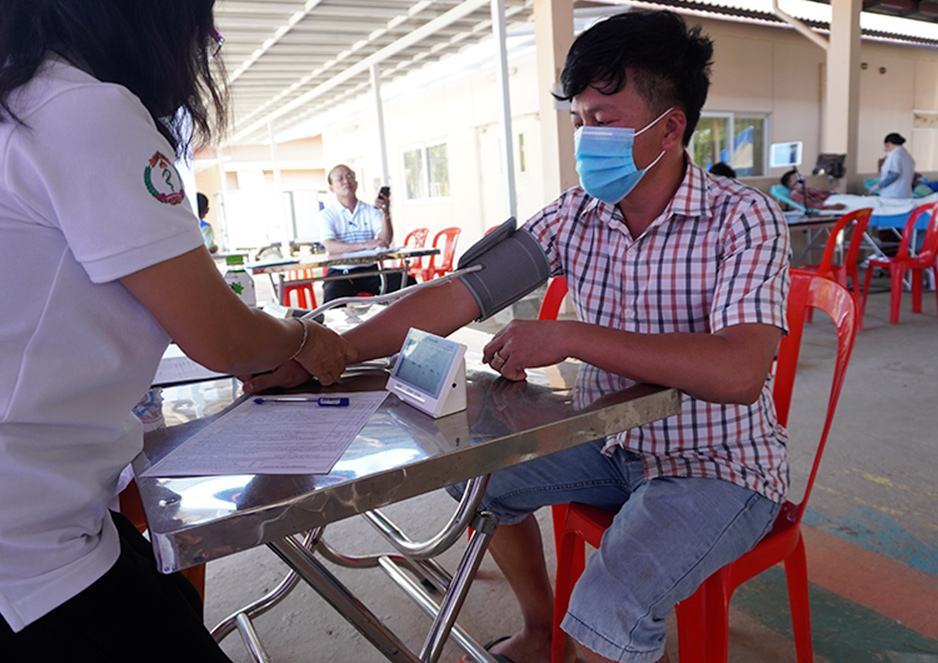 Another impressive donor was one of Japan Heart’s very own office staff. She had been involved in everything from promoting the event to set up the venue. However, in her whole life, she had never actually donated blood herself. She wasn’t used to giving blood and she had given up the idea of doing so because the last time she had blood taken for a test, her face turned blue and she lost circulation in her fingers. Since that time, she had still always wanted to donate blood but had been prevented from doing so by others who were worried about her physical condition.

“Today is the day” she said with firm determination while carefully answering the pre-questionnaire for blood donors, rejecting the advice of those telling her that she didn’t have to push herself. Once she safely finished the pre-questionnaire, she was finally able to donate blood. The degree of tension set her donation apart from most, but the effort she took made me happy for her. 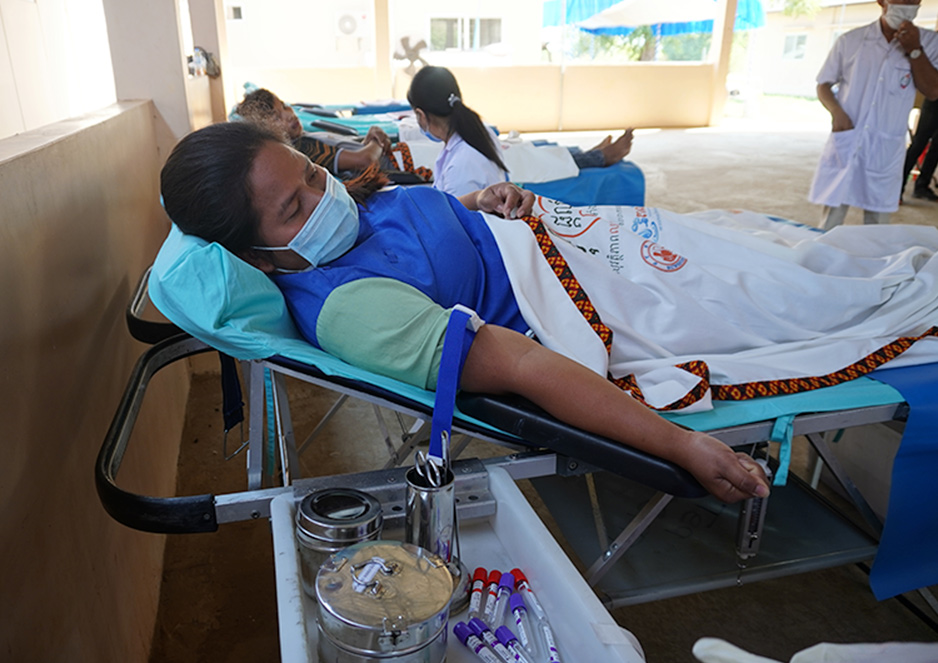 In Cambodia, there are negative misconceptions about blood donation and people are reluctant to donate blood and as a result, blood products have been in short supply.
However, all of the Cambodians that I met through this event left with wonderful smiles and a seeming sense of fulfillment after their donations.
It was a fantastic event that was showed the warmth of the Cambodian people. 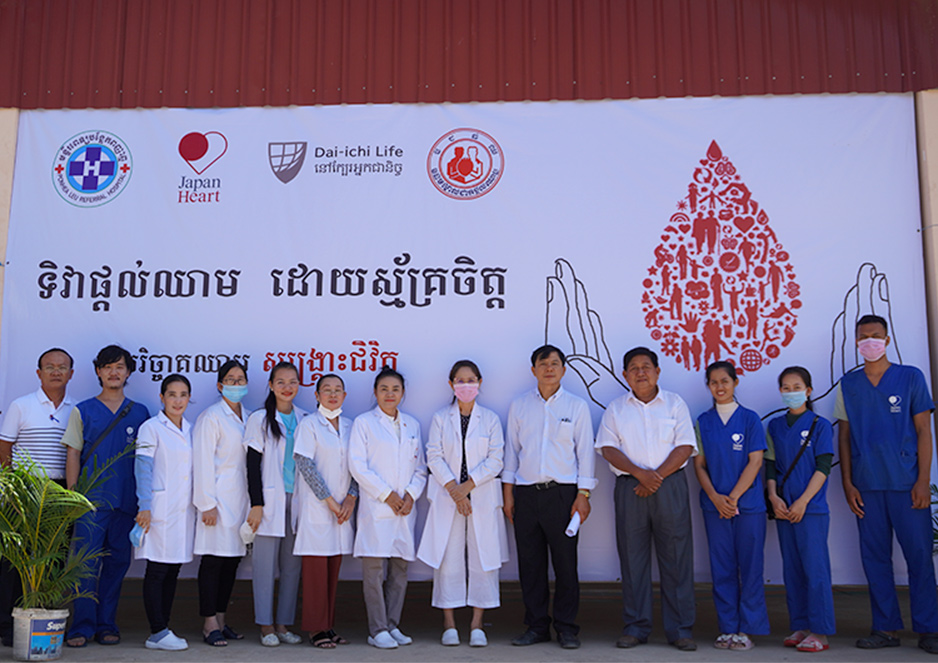