Our passion is to save those in need
To provide the most effective, efficient assistance during natural disasters
“That’s what we do” 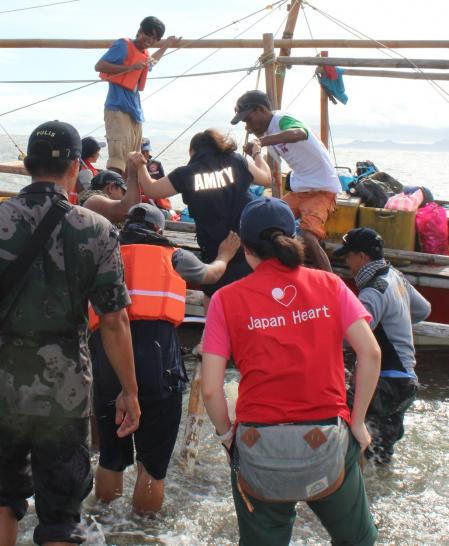 Our experience assisting in the emergencies following Cyclone Nargis in Myanmar, the Great East Japan Earthquake, and Typhoon Haiyan in Philippine taught us a lot. In 2014, Japan Heart launched the International Emergency Relief Project or iER in the hope of using the insights and know-how that we’ve acquired. When disaster strikes, Japan Heart will dispatch medical assistance teams in respond to large-scale disasters in Japan and ASEAN countries, in order to support as many people as possible. We are also carrying out joint training with Indonesia and other ASEAN members, enhancing collaboration, and building a systematic network with alliance organisations in order to provide effective and swift support in a time of disaster.

In the face of major disasters, time is gold.
We’ll deliver timely on-site medical support wherever it is needed 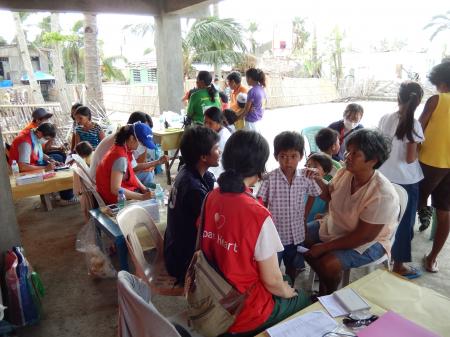 The Japanese archipelago is prone to natural disasters due to its climate and topography. Throughout history, Japan has suffered countless earthquakes, typhoons and tsunamis as well as other kinds of disasters. To combat the frequent emergencies brought on by these disasters, Japan Heart surveys major disasters in Japan and assesses the best way that help can be mobilised.

When disasters strike, timely responses are of vital importance. Japan Heart responds with medical assistance and emergency support in the ASEAN region. iER’s goal is to reduce the suffering from disasters as much as possible by protecting the health of disaster victims. We do not know where and when disasters will occur, but before they do, we will be fully prepared to respond promptly when needed.

Volunteers dispatched to emergencies by iER are limited to those who have undergone training provided by Japan Heart and completed registration. Through the training, volunteers learn to deliver medical care to disaster areas by: 1 knowing about the disaster, 2 knowing about the victims and 3 knowing about themselves. Dispatch teams consists of a medical team and a logistics team responsible for providing organisational coordination and support for the medical activities. When not occupied by emergency responses, we prepare by building teamwork suitable for disaster relief.

2011 Japan Great East Japan Earthquake, Japan
Japan Heart provided medical care and sent out volunteer workers to in Tohoku, Japan, which was devastated by the unprecedented earthquake and tsunami floods.