<- Topics : Back to Top
[Myanmar] The Third Wave of COVID-19 in Myanmar: Life Changes

Myanmar is facing a severe situation due to the third wave of COVID-19 that has been raging since July 2021.
Nearly 5,000 confirmed cases have been announced everyday and the positive test rate has exceeded 40% on some days. Eating and drinking in restaurants has been banned, and orders to stay home have been issued in various districts.

Due to the overwhelming number of patients, city hospitals are unable to accept any more patients and many people are forced to recuperate at home.
The feared medical collapse has become a reality.
The city is overflowing with people trying to get medicine and oxygen, and there are shortages everywhere.
There are lines of people waiting to replenish their oxygen supplies and the rumor that eggs are good for treating the virus has led to their shortage at supermarkets.

Political turmoil continues and there is still no concrete solution in sight.
Fighting has not stopped in many places and demonstrations continue. The impact on the economy has been serious.

Companies have been withdrawing or suspending operations one after another, resulting in a sharp increase in unemployment.

Since banks are unable to let customers withdraw cash, it has become the norm for people to buy money with money from cash holders by paying a fee of several percent.
Myanmar is now in the midst of unprecedented chaos due to simultaneous crises in the political, economic and medical care spheres, all of which are fundamental to society.

The other day, a friend of mine in Japan contacted me and said “I found a fundraising campaign for Myanmar, so I donated.”
I was so happy to hear that she was interested in Myanmar, more so than the fact that she donated money.
Due to the rapid spread of infections, we have had to scale back our medical activities, including surgeries.
Despite all this, we will continue to do what we can for Myanmar. 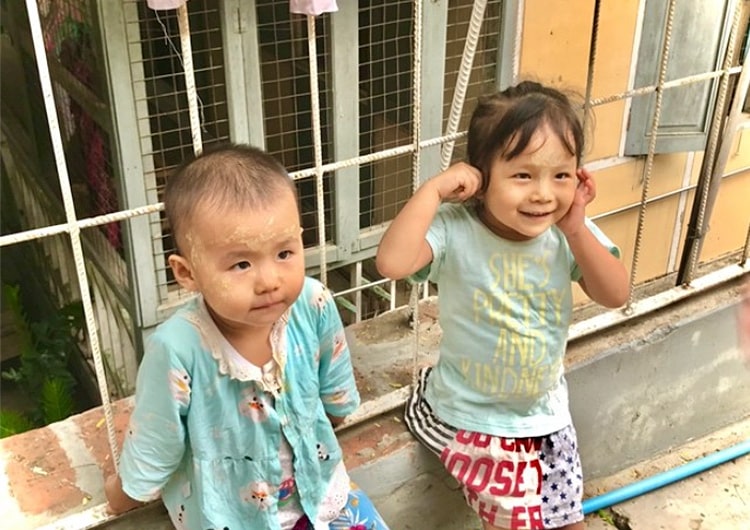